“Cacheu” is a lecture, performed by Joana Barrios, that brings together elements of César’s research on Guinean cinema and four colonial statues (stored today at the Cacheu fortresses, constructed by the Portuguese in 1588, and one of the first bastions of the establishment of the slave trade in Guinea Bissau). The lecture traces through different moments where these statues cast symbolic conflicts: on a pedestal during Portuguese colonialism, dethroned and broken in pieces on the ground after Independence as showed in the film Sans Soleil by Chris Marker, as a background props in Mortu Nega by Flora Gomes, and finally as debris at the Cacheu fortress.

“Conakry” is a single shot 16 mm film staged at the Haus der Kulturen der Welt in Berlin and based on the archival images shot by Flora Gomes, Sana na N’Hada, Josefina Crato and José Columba Bolama. César invited the Portuguese writer Grada Kilomba and the American radio activist Diana McCarty to reflect on the images and their history. The film layers fictional media accounts of the film archive being digitized and made public, subjective readings of the images, along with questioning what these images mean in a post-African liberation world. The focus is on the documentary film reel of a particular event, “The Week of Information”, hosted in Conakry at the Palais du Peuple, in 1972, during the liberation struggle, where Amílcar Cabral curates an exhibition on the state of the war against Portuguese domination. McCarty narrates as a radio host explaining the events as the camera moves through the building to find Kilomba who relates the historical relevance and the personal experience of these images as they are projected onto her body and the wall behind. Conakry describes and exposes how accessing almost forgotten footage of militant imaginary can be an instrument for recovering memory. [première]

In “Cuba”, a sole tracking shot unfolds an approximately 10 minutes lecture presented by the Guinean filmmaker and régulo, Suleimane Biai, the Portuguese-Spanish performer Joana Barrios and the Guinean actor and director of Bissau’s Film Institute (INCA) Carlos Vaz. The film proposes a path from Amílcar Cabral’s experience as an agronomist researching on the soil of the Portuguese village Cuba through his engagement as the leader of the Guinean liberation movement and encourager of the birth of Guinean militant filmmaking influenced and supported by Cuba.

The documentary film portrait NO FLASH. Homage to Ricardo Rangel (1924–2009) directed by exhibition curator Bruno Z‘Graggen with camerawork by video film-maker Angelo Sansone (both from Zurich) is a tribute to the life work of the outstanding Mozambican photographer Ricardo Rangel. 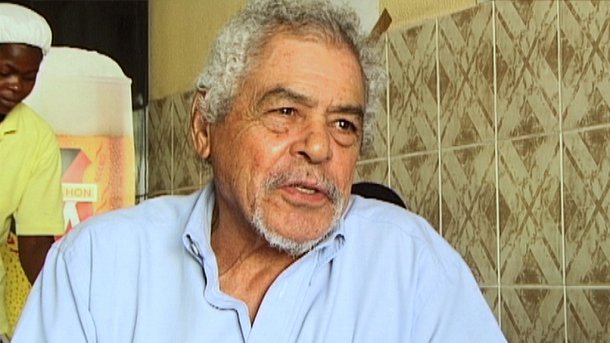 You will be redirected to the Ticket Office website to purchase the tickets.